Inside Hook Article: Statistics Reveal Spam Calls Are Up, Making Exactly No One Happy

What’s the first thing that comes to mind when you read this sentence: Do you have a moment to talk about your car’s extended warranty? If your reaction was an immediate rush of anger, followed by the urge to throw your phone or computer through the nearest window, we’re going to take a guess that you’ve probably gotten a lot of spam calls in the last few months.

If you think you’re getting more than ever before, we have both good and bad news for you. The good news is that you’re correct. Unfortunately, that’s also the bad news.

Writing at Slate, Aaron Mak broke down a host of data on the current state of spam calls and pondered why we might be seeing such a change. Mak cites data from YouMail, which maintains a running log of such calls. The key finding here: December 2021 made for an overall low in robocalls sent, with 3.5 billion. Since then, that number has gone up and up, reaching 4.3 billion last month. Roughly a third of those were spam.

As for who or what is responsible, that remains less clear. Mak notes that some have criticized former FCC chair Ajit Pai, while others look to a U.S. Court of Appeals ruling from 2018. Mak argues that neither is especially to blame, and that the rising number of telephone providers has more to do with it. 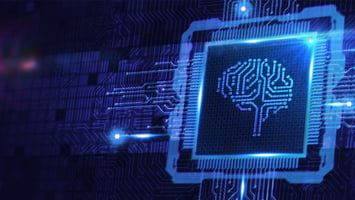 The typical robocall scenario is either one in which you’ve been directly involved or one you’ve...

You know the old movie cliché. After an exhausting knock-down-drag-out fight, the bad guy is...

Slate Article: Who’s to Blame for All the Spam Calls?

Does it seem like you’ve been getting more calls about your car’s extended warranty or fake IRS...