What are some factors that a Communication Service Provider (CSP) should evaluate to see if they are choosing the best robocall compliance software for their needs?

What Is STIR/SHAKEN Robocall Mitigation

STIR/SHAKEN is a set of standards and protocols that Communication Service Providers (CSPs) are required to adhere to in order to help combat the billions of monthly robocalls.

Robocalls, of course, often use caller ID spoofing (disguising the caller's phone number by using a fake or different number) for fraudulent purposes, and the FCC has taken strong action to make stopping robocalls a priority. So STIR/SHAKEN was designed to verify the authenticity of caller ID information and help (CSPs) identify and block (or label) suspicious calls.

STIR stands for Secure Telephony Identity Revisited, and SHAKEN stands for Signature-based Handling of Asserted information using toKENs. And, as you may have figured, the name was inspired by the James Bond character, and how he prefers his martini. (As the LA Times said, the creators of SHAKEN "tortured the English language until [they] came up with an acronym.”)

Most CSPs are now required to use STIR/SHAKEN protocols in the US and Canada — or they could have their domestic voice traffic cut off. But how well did it STIR/SHAKEN do for robocall mitigation in 2022?

First, let’s talk about the holes in STIR/SHAKEN robocall mitigation:

So it’s clear that key losses for robocall mitigation includes the simple fact that STIR/SHAKEN robocall mitigation has not been implemented fully, and that even when it is, there will certainly be holes in the net and the scammers will work to find ways around this solution.

Another loss for STIR/SHAKEN in 2022 is to the smaller CSPs (voice over IP carriers) that  simply haven’t been able to follow the FCC regulations. According to FCC chairwoman Jessica Rosenworcel, “This is a new era. If a provider doesn’t meet its obligations under the law, it now faces expulsion from America’s phone networks. Fines alone aren’t enough.”

Sure enough, in November 2022 the FCC actually removed a voice provider from other networks, effectively terminating their ability to do business.

Has there been any robocall mitigation improvement due to STIR/SHAKEN in 2022, though? Absolutely.

Here are some of the 2022 successes in STIR/SHAKEN robocall mitigation:

Robocall mitigation made a bit leap forward in 2022, but there’s still a long way to go to fight robocalls.

How To Improve STIR/SHAKEN Mitigation in 2023

At this point, most US and Canadian Communication Service Providers have implemented STIR/SHAKEN. So how can they improve their robocall mitigation efforts in 2023?

The best way is to broaden their toolkit by adding a range of additional solutions to their network. This reduces risk from the FCC, from lawsuits, bad press, lost customers, and can even reduce IT costs … all while increasing your robocall identification accuracy.

Companies like YouMailPS, for example, partner with CSPs to offer a collection of technologies to extend the CSPs range. YouMailPS, for example, uses patented AI algorithms to analyze communications content. These algorithms first accurately identify unwanted calls. They also identify unique digital fingerprints for numbers associated with bad actors. These then follow bad actors wherever they go – across spoofed telephone numbers and multiple originating service providers. YouMailPS adaptive algorithms are effective regardless of attack duration, frequency, and other tactics. Combine this with billions of data points from their consumer solution, and you also get audio content-based analytics. The various tools offered by YouMailPS dramatically impact the accuracy and effectiveness of a CSP’s robocall mitigation efforts, taking it to the next level beyond STIR/SHAKEN.

CSPs can now rapidly improve their robocall compliance. We'll show you how, in just 15 minutes > 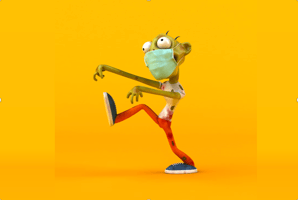 You know the old movie cliché. After an exhausting knock-down-drag-out fight, the bad guy is... 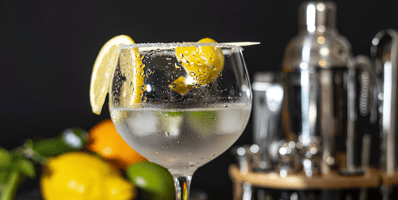 Problems With STIR/SHAKEN And The Need For Content-based Analytics

STIR/SHAKEN Connectivity And Signaling Holes   STIR/SHAKEN (S/S) will not help much for years. This...

STIR/SHAKEN Solves the Spoofing Problem, but How Do You Stop the Bad Behavior?

When we say the Secure Telephony Identity Revisited (STIR) and Secure Handling of Asserted...