The DeNoVoLab Switch and YouMail – the Perfect Combination!

We all strive to provide the best possible service for our customers. Competition and the free market ensure we remain competitive, and our services are top-notch, catering to our client's needs and desires.

As an industry, we have been challenged by robocalls and spoofing attacks on telco operators. In addition, we have seen both local and significant international assaults on our networks.

This has resulted in the FCC promulgating regulations to try to minimize the abuse of the telephone networks by fraudsters and criminals bent on stealing your identity and information.

The FCC now requires telcos to take action. In the past, telecom operators evaded FCC penalties due to robocalling / fraud calls by claiming that the traffic was not theirs but customer traffic.

Luckily, the Denovo Switch provides tools and the analytical capability to comply with FCC regulations and protect your business.

The Denovo Switch has built-in STIR/SHAKEN signing and a verification feature.

Did you know that the Denovo Switch also has built-in call filtering using the YouMail database?

Yes, we have combined these benefits to provide a comprehensive package that allows you to comply and vastly improves your customer experience.

In plain speak, YouMail provides solutions that enable service providers to identify telephone numbers that should be blocked at the network level.

Once YouMail determines a caller ID as being associated with unlawful communications, it provides information necessary for a blocking decision at the switch.

YouMail also works with carriers and US authorities to shut down campaigns and remove network access to bad actors.

Using a switch that supports the YouMail Protective Services database is what you need to show your corporation’s willingness to identify and eliminate illegal robocall traffic.

In addition, the Denovo Switch blocks calls based on the YouMail database, keeping calls associated with those IDs out of the network.

By combining these two functions, you move from detection to a level of prevention.

What are the benefits of the Denovo Switch YouMail integration?

Denovo Switch customers have seen a significant reduction in subpoenas after being able to block calls that have no STIR/SHAKEN and YouMail unlawful caller ID filter.

Denovo Switch customers have seen much less spoofing traffic after blocking calls that don't have valid US caller ID.

Denovo Switch customers can use the statistics provided by the switch to see which client is sending call traffic with a high percentage of blocking due to the YouMail caller ID detection, an invalid or missing STIR/SHAKEN header, or an invalid US caller ID.

You can then proactively remove clients who send bad traffic, which will avoid subpoenas and fines before they can occur.

FCC Regulation has Teeth – Ignore Them at Your Peril

We can only win the war against illegal robocalls and spoofing if the entire telco industry buys into the STIR/SHAKEN strategy and complies. The FCC is aware of this and promulgated strict compliance requirements and timelines.

Jessica Rosenworcel, the FCC Chairwoman, has stated that the Commission "Will not turn a blind eye to providers who have not done enough to protect consumers from spoofed robocalls." She has also said that "The FCC is keeping a close watch as phone companies implement STIR/SHAKEN" and that "The FCC will hold companies accountable if they fail to meet their commitments."

Two voice service providers lost a partial exemption from STIR/SHAKEN. They failed to meet STIR/SHAKEN implementation commitments. They have been referred to the FCC's Enforcement Bureau for further investigation.

The Enforcement Bureau is closely monitoring their compliance with the obligation to implement STIR/SHAKEN fully.

This action by the FCC illustrates the seriousness that the FCC places on STIR/SHAKEN compliance.

Why You Should Choose the Denovo Switch

The DeNovoLab Switch is one of the few switches that provides built-in STIR/SHAKEN and YouMail integration without using a remote server.

This allows you better control of your network and fewer points of failure.

Our cutting-edge, high-performance switching technology enables you to terminate high Call-Per-Second traffic while still signing and verifying every single call.

What Could Happen if You Don’t Take Action Now

In March 2022, the FCC sent several warning letters to US VoIP Service Providers who have not yet implemented sufficient protection in their switches to block illegal robocalls and spoofed traffic proactively.

To quote the FCC’s Chairwoman Jessica Rosenworcel, "We’re not going to stop until we get robocallers, spoofers, and scammers off the line."

Service providers must wake up and implement measures to enforce illegal robocalls and fraud/spam call blocking in their networks.

In the words of Anne Kwong, Chief Architect of DeNoVoLab:

"Nowadays, one of the most frequent questions I get from new and existing customers is whether we support STIR/SHAKEN and YouMail database integration.

There is a prominent trend of operators proactively protecting the legitimacy of their traffic. Under current FCC and FTC tightened regulations, telecom operators would be foolish to ignore this."

The DeNoVoLab Switch and YouMail filtering allow you to comply and take action to minimize illegal robocalls and spoofing on your network. In the bigger picture, this is in our industry's and all telephone users' best interests.

Detection without prevention does not do enough. The DeNoVoLab Switch and YouMail Solution are the perfect combination. 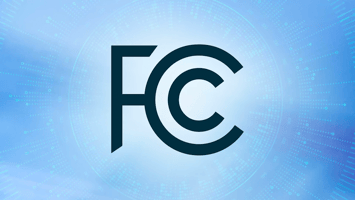 Why Stronger Robocall Mitigation Rules Need to Be Proposed

The culmination of nearly a decade’s work (and counting) should count for something. Considering...

The FCC issued a press release today that every service provider should take note...