Is Your Voice Carrier Service Ready for the Stir/Shaken Deadline for Small Carriers by June 30?

Robocalls are still a problem. In May 2022, upwards of 4 billion robocalls were placed nationwide. That’s 1,500 robocalls per second. It was also a 1.2 percent month-over-month increase from April. A look at robocall data in the United States over the last 12 months demonstrates continued highs and lows of robocalls plaguing voice services despite the FCC’s STIR/SHAKEN protocol being enacted in earnest one year ago. “In earnest,” meaning the June 30, 2021, deadline came with exceptions. Small voice service providers with 100,000 or fewer subscriber lines were granted an extension until June 30, 2023. In December 2021, the Commission shortened this extension by a full year to June 30, 2022. Now with the deadline upon us, it has become the million-dollar question: is your voice carrier service ready?

STIR/SHAKEN combats illegally spoofed robocalls by allowing voice service providers to verify that caller ID information transmitted with a particular call matches the caller’s number. Since 2014, the FCC has worked with the telecom industry to stop robocalls by putting an end to phone number spoofing. The Secure Telephony Identity Revisited (STIR) and Secure Handling of Asserted information using toKENS (SHAKEN) was born of this work.

In an attempt to quell scammers and fraudsters that have concentrated their efforts through the remaining cracks in some non-facilities-based carriers and small voice service providers, the FCC has moved up its deadline. In other words, since water always finds its level, the remaining leaks need to be plugged.

What Effect Does The STIR/SHAKEN Deadline Have On Enterprises?

Enterprises must determine if their voice carrier service will be affected on June 30. Responsible service providers aren’t just STIR/SHAKEN-compliant, they also should be invested in robocall mitigation services that detect and interdict unwanted traffic that would otherwise originate, traverse, or terminate networks. A strong robocall mitigation program uses audio analytics in the form of attestation software leveraging content-based analytics.

Attestation software leads to powerful conversational AI based on event-based analytics and content-based analytics. Event-based analytics predicts call outcomes such as spam or fraud using an algorithm that takes into account SIP messages, answer seizure rates, call hold times, and more. However, these predictions of intent can only be proven after the fact.

Content-based analytics brings greater depth to call intent identification. By parsing actual call content to understand what has occurred and combining it with event-based data, attestation software can provide a high degree of analytical veracity. The most powerful robocall mitigation services are capable of algorithmically scoring telephone numbers and leveraging content-based analytics to determine with great accuracy the probability of spam or fraud.

Who Can You Rely On?

Communication service providers, enterprises, and third-party vendors rely on YouMail Protective Services for this kind of next-generation decision making. And with the latest STIR/SHAKEN deadline bearing down, it’s critical to know whether your service provider — and by extension, your business — is not only compliant but ahead of the curve.

When asking the tough questions, you’ll want to be well informed. In partnership with Numeracle, YouMail Protective Services has put together an invaluable resource to get you up to speed on STIR/SHAKEN, its gaps, and whether it will ever be as reliable as advertised. Gain a deeper understand of the adverse effects of identity spoofing. Look into the future of branded calling in which a new presentation layer is added to the authentication of caller identity, one that attaches identity information such as brand name, logo, and even customizable text describing call intent. Subverting malicious attacks on your brand’s good name begins by putting customer anxiety at ease when their phone rings.

Read Protecting Communications From Identity Spoofing, a free white paper presented by YouMail Protective Services and Numeracle, to ensure you ask the right questions of your voice service provider before June 30 strikes. 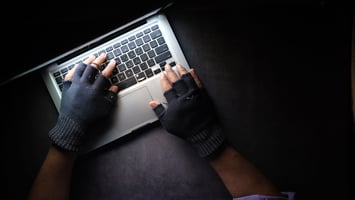 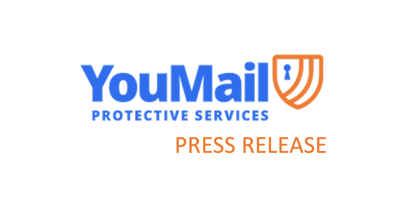