Apple was founded by Steve Jobs, Steve Wozniak, and Ronald Wayne on April 1, 1976 to develop and sell personal computers. The company's first product was the Apple I, a computer designed to be sold in assembled form for US$666.66. Apple III (1975), written off as a failure at the time due to its high cost and esoteric marketing, later became wildly successful in the mid-1980s with the advent of the Macintosh; by November 2018 it had sold 50 million units.

Apple ID is an authentication method used by Apple for iPhone, iPad, Mac and other Apple devices. Apple IDs contain the user's personal information and settings. When an Apple ID is used to log in to an Apple device, the device will automatically use the settings associated with the Apple ID.

About the Apple ID Scam:

The Apple ID scam is set up to take users Apple ID information. The scam impersonates a security message from Apple. It informs users that their Apple ID was detected in suspicious hacking activity. The user is prompted to press a number to speak to an Apple representative.

Is Your Brands Reputation at Risk?

What Is Call Spoofing And How Does It Affect Your Organization?

As technology becomes more central to our lives, the way we engage with others — particularly... 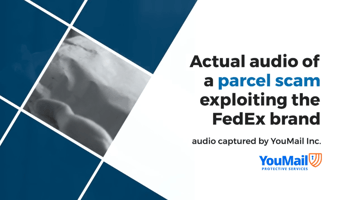 About the FedEx Corporation FedEx is a global logistics company that provides a wide range of...

How to Stop Brand Spoofing of Your Business Number

Does your call center receive calls from customers claiming that you called asking for money … but...